THERE COMES A TIME….

To make a serious difference to poverty and the environment. On a mission to undertake business and scientific modeling to address scalable poverty alleviation and climate mitigation is the Vihara Foundation. The Vihara Foundation is a registered, not for profit organisation created in 2009 by United Nations Retired Ambassadors and Sustainable Development Professionals. The Foundation has a purpose of elevating the global efforts currently underway for addressing poverty, cli

The devastating effects of disaster can be endless: they can bring about the loss of lives, cause irreversible damage to property, affect employment and trigger damage to both physical infrastructures and the environment. While disasters are often unpredictable, there are ways in which we can try to mitigate them through knowledge management; a practice that can enhance the process of disaster management, where there is a perceived gap in information coordination and sharing 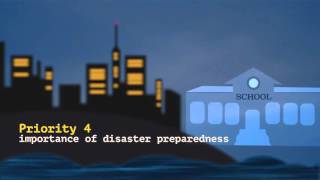 What is Disaster Mitigation?

Sendai Framework For Risk Reduction We cannot stop natural disasters, but WE CAN arm ourselves with knowledge @rockagainstpovertyofficial Rock Against Poverty is a charity initiative leveraging emerging technology such as Virtual Reality Simulation, Artificial Intelligence, and Blockchain to solve major problems in planning and funding humanitarian projects. Empowered by technology, we aim to raise $1 billion dollars annually for disaster mitigation, and poverty alleviation g

The role of Technology in the Disaster Management Cycle

Disaster management is the discipline of dealing with, and thus avoiding any sort of risk – particularly of the natural variety. It is a discipline that involves a number of things, chiefly: preparing, supporting, and rebuilding society when natural or human-made disasters occur. There are four main factors that make up the disaster management cycle which start with the mitigation of the disaster; a measure that seeks to prevent or reduce the impact of a disaster, which can b

Introducing Rock Against Poverty, an initiative from the Vihara Foundation and Melbourne based tech

Hurricanes: Looking through the Eye of the Storm

Manage Your Blog from Your Live Site